As a relatively recent organization, Alif Se Insaniyat organized a very successful Tree Plantation Drive on 11th October 2020 at Eid Gah, Clifton, Karachi to initiate their ambitious aim of protecting the nation from the adverse effects of climate change. As Pakistan is one of the countries most vulnerable to the effects of climate change evidenced by recent events such as the urban flooding, rising temperatures, glacial melting among others, which have wreaked havoc, Alif Se Insaniyat is committed to environmental protection and to reduce the consequences of irresponsible behavior of individuals and corporations which has contributed to the planet destruction.

Recognizing the need for immediate action in environmental protection, Barrister Ayesha Iqbal, Founder of Alif Se Insaniyat addressed the audience educating them about the significance of reconnecting with the environment and the importance of individuals supporting the government in reaching their objectives of planting 10 billion trees under the Tree Tsunami Programme.

“Whilst we plant new trees, it is equally important to protect the existing old and indigenous trees which takes decades to mature and are wiped out in a matter of seconds”. Barrister Iqbal reminded the audience that one plantation drive is not the answer to deforestation and more initiatives should be organized to protect our existing forests and most importantly the environment. She urged the youth to be part of the plantation drive across the country to avert the imminent dangers of climate change. She stated, “ The youth of this nation still believes in a cleaner and greener Pakistan and these plantation drives will be crucial to the survival of our future generations who we owe a habitable world to as part of our responsibility.”

With all SOP’s in place and social distancing maintained, the opening address was followed by the members of the public, guided to their dedicated spot where they planted a sapling with the assistance of the organization. There were numerous trees including Tabubiyah, Gul Mohar, Craziyah, African Tuleb, among others which were planted by the participants. Each member planted their own sapling and took ownership and responsibility of the care of that particular plant. After the plantation, each participant was provided with lunch as a token of appreciation by the organization. 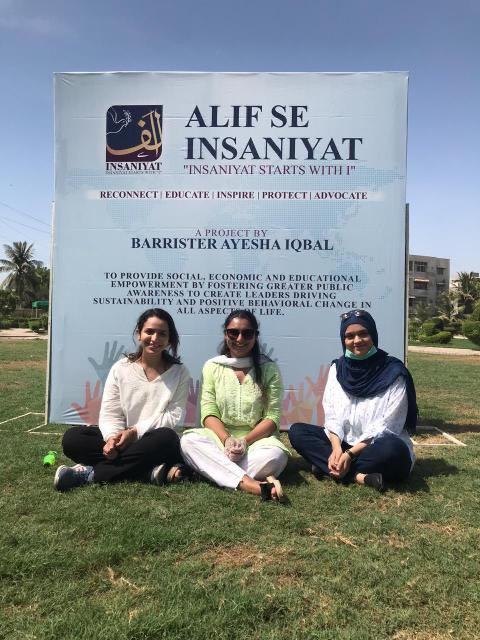 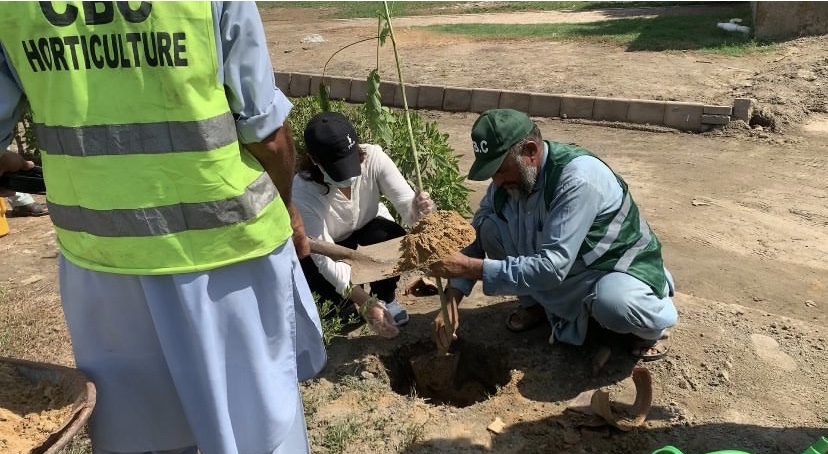 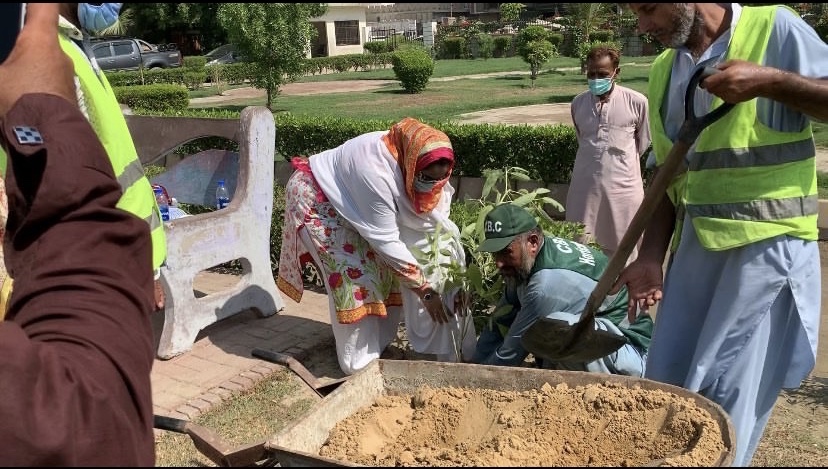 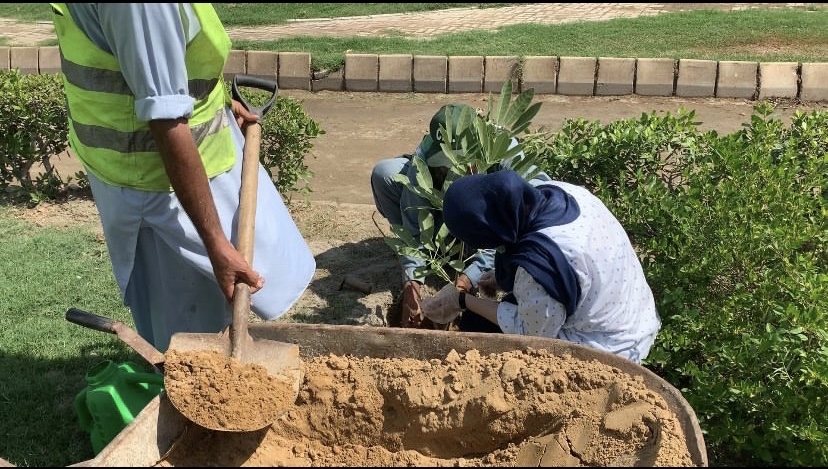